It’s been about a month since I wrote a journal – a lot has happened in that time. I can’t remember it all, some of it isn’t worth writing about… I actually have another post to write too, coming shortly. 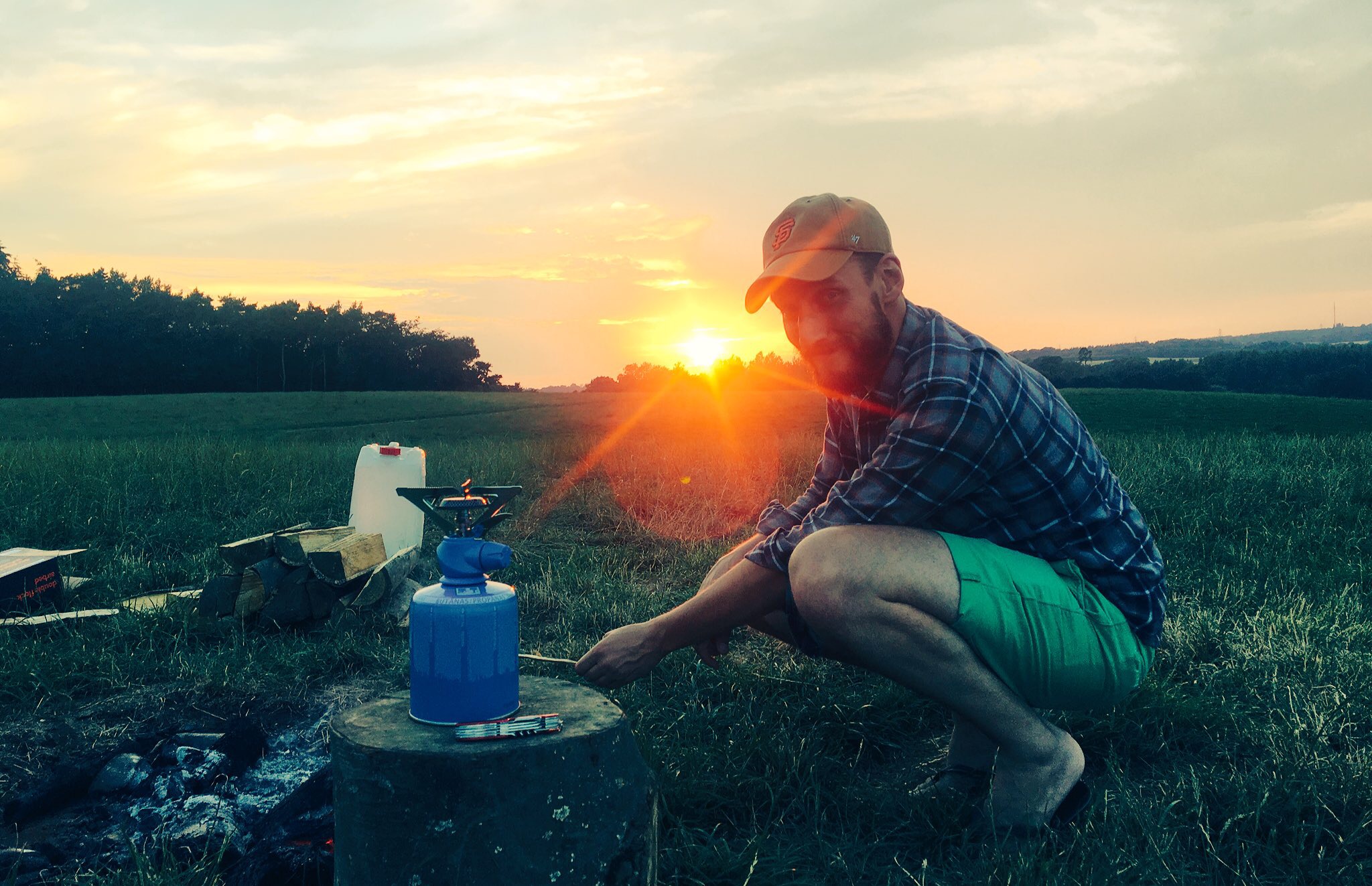 I went camping with this guy. We made many fires.

I wrote about struggling with focus a couple of weeks ago. As is often the case, when you exorcise the demons, you can move on. Within 24 hours I had a plan.

It’s been a patchy few weeks – I chose to take some time to fill my coffers so have done 9 days of paid work. This was actually in anticipation of paying a developer to help me build an MVP.

However, I ended up changing my plan when I realised that I could test my hypothesis far more quickly with next to zero code.

The exact chronology of events isn’t entirely clear in my head, but there was a moment of epiphany around the time I started playing with my new favourite tool, Airtable. I realised that while it was by no means perfect, a lot of what I was imagining my product to be could be built, hackily, within this amazing database-come-spreadsheet tool.

Once I’d created a proof of concept, it dawned on me that the best way to truly test the myriad opinions I had formed was to put it in the hands of real people.

A week later (having scratched my head over pricing and currency) I bought progressionpack.com and shared my landing page on twitter. Lo and behold, two pre-orders!.

I can’t overstate the high I experienced at that point. People had put faith not in me as a consultant but in a product – and not a cheap one – that I had devised. This problem was real. My first revenue.

Product development is largely me fleshing out the content of my framework and supporting materials (I’d love any help with reviewing my words if anyone fancies lending a hand).

Customer development is taking the form of a 1 month paid pilot in advance of the official launch at the end of September. I’m in conversation with a couple of really exciting folks, so hopefully will have some great learnings (and happy customers) within a few weeks.

Having spent a month or so taking my time, I now have a bunch of timelines to hit. August is going to be a busy month.

I keep chatting to people and telling them what I'm up to, and they're like 'I know, it's cool, I've been reading your blog/tweets'.

'Like' my things, reply to my newsletter, drop me a text. At this stage, it really helps.

Goals for next update (2 weeks?)